The place Bandhavgarh is being famed to grasp the largest density of the tiger population in India. Similarly, the national park also beholds the largest population of leopards & lots of species of deer. Over few years, the park has also shown a great number of the rise in the tiger species count & that’s the reason why tiger tours are so famed to attract a huge amount of tourists in its vicinity. 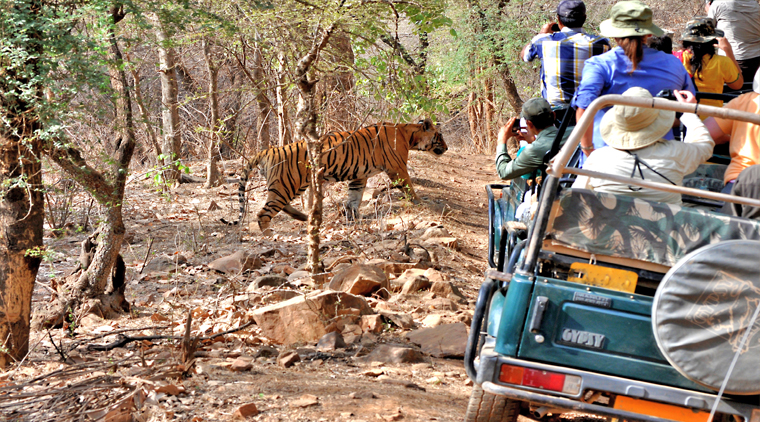 The national park has been divided into the three zones which are as follows:-

Out of all these three-zone, the one named Tala attracts the vast number of tourists by providing the tiger sighting opportunities. The park authorities are also aiming at the Magdi Zone by offering more opportunities to spot the tigers.

In Magdi zone of the Bandhavgarh national park Elephant shows are organized to raise the chances of spotting the evasive king of the jungle. It contains mixed vegetation ranging from thick Sal forest to tall grasslands & is the ideal habitat for a variety of birds & animals.

How to reach Bandhavgarh National Park?

Bandhavgarh is a famous tourist destination and it is known as the heartbeat of the state. The place is well connected to the nearby cities and towns & like making it simply accessible for travelers. Those people who are planning to visit Bandhavgarh National Park can make it to the national park by all means of transport including railways, airways, and roadways.

The region does not have its own airport but the nearest would be in Khajuraho which has great flight connectivity to the other major cities of the country. However, railway & roadway are the best way to reach Bandhavgarh. Whether travelers opt. to travel by road, rail, or air one can go with the taxi service to reach Bandhavgarh National Park.

The nearest railway station for Bandhavgharh is Umaria, from there it’s about 40 mins. drive to the Nature Heritage. Else one can take the overnight train from Delhi to Umaria & drive 30 mins. to the park

One can fly from Agra, Delhi, or Varanasi to Khajuraho & drive about 7-8 hrs. to Tala park entrance at Bandhavgarh. The nearest airport from the park is Khajuraho.

Safari at Bandhavgarh is a delight for wildlife photographers& adventure lovers. In fact, these safari tours have added excitement & fun to the park journey.

Bandhavgarh safaris keep one enthralled for the adventure & also offer the flexibility to explore those places, which are especially hard to travel through any mode of transportation.

Most visitors in the National Park head for Magadhi & Tala zones, which has few highest concentrations of wildlife in Bandhavgarh. The Morning safari Shift starts early morning at the time of Sunrise & the afternoon safari starts in b/w 02-03 PM up to sunset.

In each Open Jeep, there are six passengers allowed to travel with one naturalist & a driver. The entry of limited Jeeps is permitted in the National Park every shift. This is done to evade the overcrowding in the national Park. Therefore it’s advisable to book safari rides well in advance to evade any kind of unavailability. 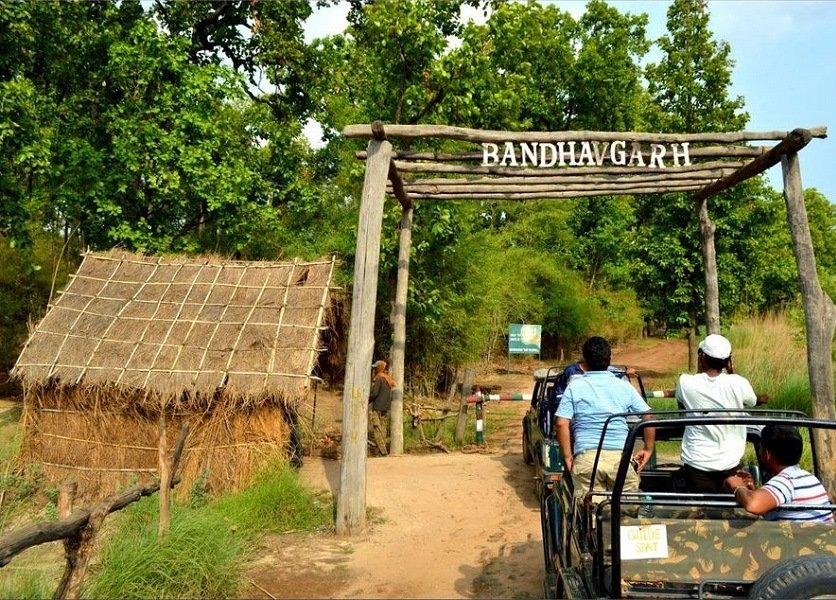 The best time to visit the Park differs from the aim with which you’re intending to visit the national park. If you’re interested in watching a migratory bird in the green surrounding of the forest, perennials then from the month of October to January will be more suitable for you.

The temperature will remain below 30 degrees Celsius. During this time you can enjoy plenty of water sources, greenery of the forest, and birds around. Just like that, tigers can also be seen is areas other than (Gate-2) Tala zone like Magadhi Zone & (Gate-3) Khitauli Zone as water sources in those zones remain alive & grasslands will simplify the availability of prey in those areas. You can even find the distribution of tigers & other animals during this period.

The problem of Accommodation may arise in November & December month as these are festival season in India due to which domestic tourist visits the park mostly at this time as a family vacation tour so advance accommodation booking would be the great option to follow.

Those people who are interested in tiger-sighting, birding, along with other mammals sighting, they can visit the forest during the month like January – February - March. During this period temperature will remain below 25 degrees Celsius which makes the weather pleasant & cool.

In February and March months, flowers in Flame of park tree make the forest more photogenic & attract birds around them and it also sloth bears to come out frequently. With the presence of Mahua (the fruit of Indian Butter Tree) attracts most of the herbivores & omnivores animals of Bandhavgarh national park, India.

Sambars, Blue-bull, Sloth Bear, Spotted deer, Langur monkeys can be seen mostly in open. During this time, domestic tourism falls down due to exams in schools so accommodation availability would not pose any issue from the domestic tourism side.

Being one of the famous wildlife destinations in India, Bandhavgarh also has resorts & hotels which are blessed with awesome hospitality services in the middle of the dense forests. The options for accommodation are fascinating & relaxing that will let you spend your holidays in great comfort. Whether you desire a luxury stay or you’re a budget traveler, you’ll find a stay option that perfectly suits your budget & style.

From an outdoor swimming pool to observation decks, from spacious cottages to rooms filled with comfort, these resorts & Hotels in Bandhavgarh will surely impress you in every possible way.

If you are looking for the best place to stay you can get accommodation in Blue Lotus Safari Resorts.

The accommodation options in Bandhavgarh possess the outstanding amenities & top-notch services to make your visit to the national park a joyful one. You can choose the best option of the hotels & resorts ranging from super deluxe, deluxe, and lodges amid the lush surroundings & leverage all the high-end services that will make your forest trip to Bandhavgarh even more exciting. If you don’t want any of these, you can even choose to book your stay in the treehouse to get the purest form of jungle happiness. 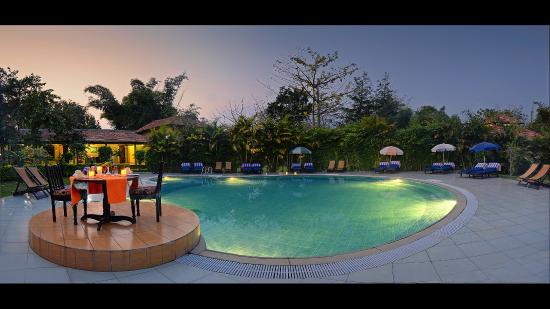 Following is the list of top hotels or Resorts in Bandhavgarh:-

Places to visit in Bandhavgarh

The Mahaman Pond in Bandhavgarh is being located near the Bandhavgarh Fort which is being surrounded by bamboo clumps where big varieties of herding of wild creatures can be found. This place is known as the “Place of Quench the Thirst” where the variety of carnivores & herbivores inhabiting the national park can be found.

The place Kethika is also called the Pandanus Point where a lump of an aromatic plant known as Kewra can be found amidst the supercilious Arjun & Jammu trees. It’s undoubtedly a real floral treasure of Bandhavgarh Tiger Reserve.

It’s one of the most awesome places in Bandhavgarh that symbolizes the beauty of nature. Climber’s point brings an aerial view of the whole park & in this place the forest is filled with Sal & Bamboo trees. The place is also being flourished with few of the unique& best species of fauna such as Butea Superba & bauhinia wahlii along with Sal trees.

In Bandhavgarh, the Baghel Museum is famous as the storehouse where all the personal belongings of Maharaja of Rewa are being kept for the display. Tourists come here & explore the royal & jungle life of Bandhavgarh. 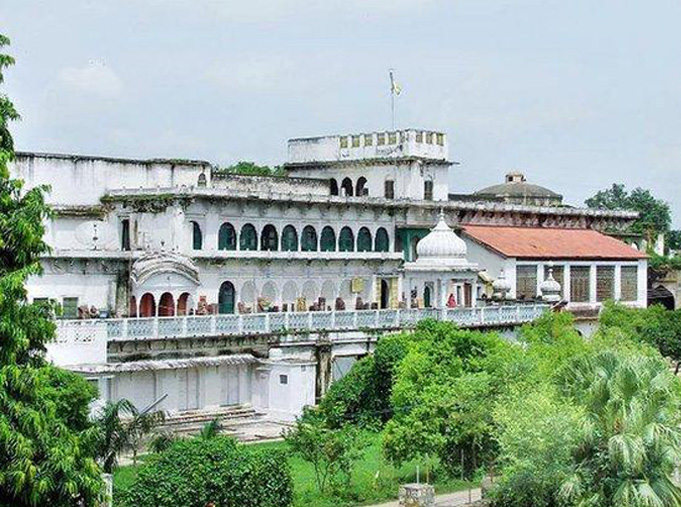 Besides that, the stuffed body of the first white tiger is also displayed in the museum spotted by the Maharaja of Rewa. The museum is situated at 100 meters. away from the national park and is being known for keeping the belongings of Shikargarh that most of the tourists want to discover at Bandhavgarh.

The area of Bandhavgarh is filled with a no. of lakes & caves that really bring a fantastic view of the place. The meaning of Bari Gufa which is “The Giant Cave” showcase the ancient monument of the past. Undoubtedly it’s one of the most ancient creations in Indian history. It’s being believed that this place is the biggest man-made cave of the reserve dating back to the 10th century.

Three Cave point is one of the most captivating points in Bandhavgarh that can be visible with ease from the Ganesh Hillock road. This place has lots of beautiful carvings that typically signify the perfect blend of the architectural techniques that were prevalent in ancient times. Nowadays, this place is the ideal home for many wild animals like leopards, tigers, and sloth bears.

The Shesh Shaya is a marvelous 11 meters long statue of Lord Vishnu in the laying position with an umbrella of “Shesh Nag” along with the “Shivling” & the “Lord Brahma” are located here. It is placed on the entrance of the footpath, the way towards the Bandhavgarh Fort. 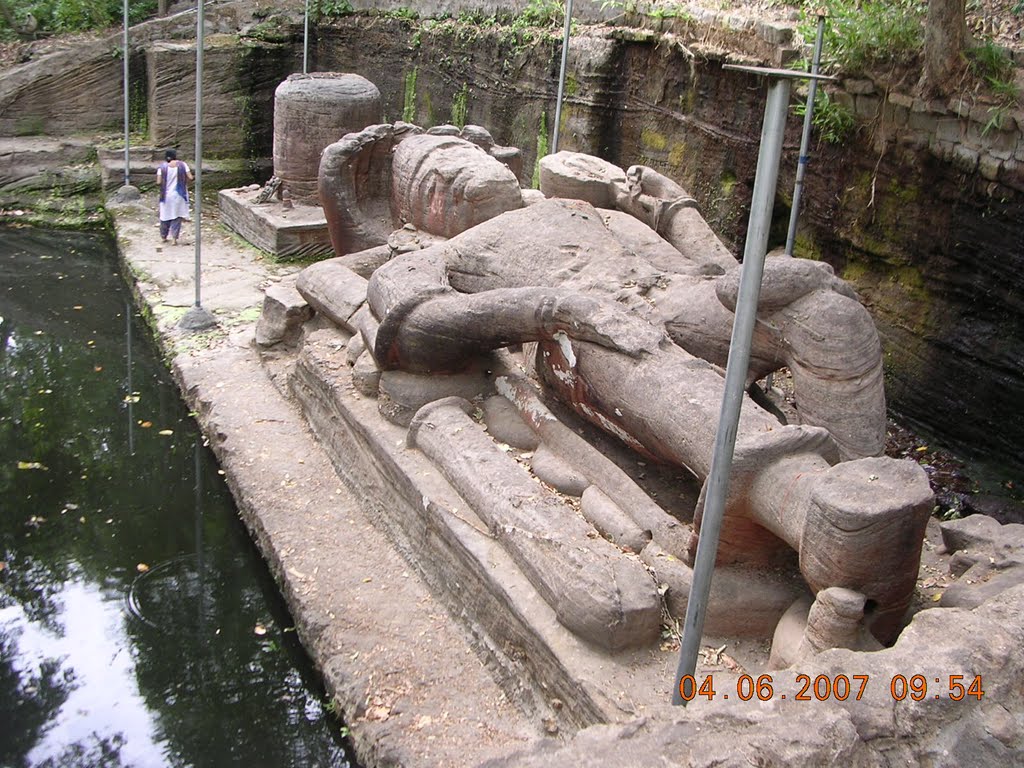 The origin of “Charan Ganga” river inflows from the foot of God “Vishnu” & so the name is being derived from. Here the statue is said to be the asset of the 10th century.

This waterfall is a natural waterfall in Johila River, located at a distance of 50kms from Bandhavgarh. It’s a perfect place for the tourists to enjoy the picnic here.

This temple of the goddess Jwalamukhi is located in the bank of “Charan Ganga river”. About 11 km. from Bandhavgarh, this temple is also the founding of the 10th century.

Final Words: If you are in Madhya Pradesh want to visit wildlife adventure in Bandhavgarh National Park than you must go to Blue Lotus Safari Resorts they provide the best packages for national park visits of Bandhavgarh.